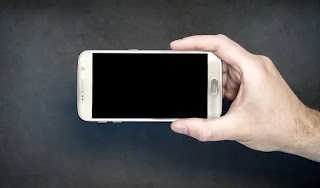 The world has gone global, we all use phones to do several activities. There are numerous companies that produce phones i.e. smart phones and mobile phones but the fake China companies have also infiltrated the market producing devices that look like the original but it’s fake and cheaper. The problem now is that most times the phone users find it difficult to distinguish between the fake and the original version of their device. In this post however, we get to solve the problem with the code I’ve put down in this post including the steps to be followed.

How to Identify Original and Fake Phone

👉 To identify original phones and fake China phones the IMEI will start with 35 and the total number that displays must be upto 15 digits.

👉 So once you dial the code and your IMEI appears, just write it down somewhere and recount it to ensure it’s upto 15, and if it’s complete be rest assured its original. You can also follow other steps provided by the company that provides your device to confirm the originality of your device. For instance, Tecno provided an online means of verifying the originality of phones produced by them.

If you’re not satisfied by the code you dialed, simply google the verification methods for your device producers.

Do you know that there are little hacks that you can use to enjoy the full potentials of the ICT world which you probably didn’t know. We all know that there are inevitable situations that can occur and as such result our smartphones or mobile phones going off. And the worst thing that can happen […]

Quick Tips: Open a Standard GTbank Account With Your Phone In 5 Minutes

This is the era of technology, the era of automation rather than manual and technology has made alot of things easy for us. In all spheres of life, things have been made easy with technology. The reason for making this post is to show you how to check your bank account balance with your mobile […]